CHAIM GEBBER-OPEN SCENE is a Physical Theater dance company  founded in 2014 under the artistic direction of Chaim Gebber. Unification, culture, and social behaviours comprise the foundation of our work and process.

For his Projects CHAIM GEBBER developed a system of improvisation and composition tools the Conscious Body System  that gives a straightforward and pragmatic entrance to his exploration of body mechanism and perception.

Performances and projects like Sharing Spaces, Body Play , Exploring Visuals, For Ones Sake confirm and validate this direction of research in understanding and unifying the Humans as a single “RACE”.

CHAIM GEBBER uses in his works choreographic constellations and a deep understanding of movement to question cultural / Social behaviour in depth physical and emotional states.

Out of this principle born Body Play: an ongoing artistic, cultural and social project that so far had connected guests from Morocco, China, South Korea, Brazil, Italy, Austria, Germany, through performances residences in Germany and abroad. 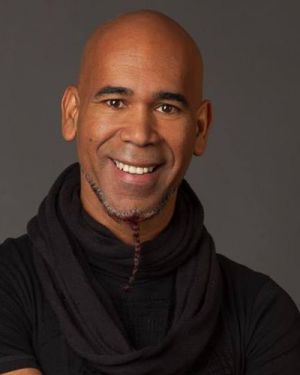 Chaim Gebber started his successful career as a choreographer in 1993 with »Pressagios da loucura«, a dance piece that was named the best choreography of the year for UNESCO and CIDC (Conseil International de la danse, PARIS).
After many years working with various dance companies in the Brazilian dance scene, in 2001 he moved to Germany where he has been engaged as a dancer and guest teacher at many theaters and private dance companies.

In 2005 he started the research to develop his own movement system The Conscious Body System.

In 2006 he starts his own projects in Germany as a freelance choreographer.
From 2008 to 2011 he also lived and worked in Shanghai.
In addition to his choreographic work, Chaim Gebber gained recognition as a dance teacher. He gives workshops of The Conscious Body System to theaters and independent dance companies around the globe.
in 2017 supported by GOETHE INSTITUT Chaim Gebber taught workshops of The Conscious Body System in Moscow, Rabat and Casablanca.

Chaim Gebber’s creations include, among others :
The Green Village
Body Play
For One’s Sake
Exploring Visuals
Brick of a Man
EMERGENCIA
M.O.S.T
Absinth
ONE

His choreographic works have been shown in many cities in Germany, Brazil, China, South Korea ,Italy, Morocco, Austria, Russia …

Dancer, Performer and Co-founder of the company

Roberta’s Modern Dance and Classical Ballet training began in 1998 in Rome. In 2006 she began her professional career in Italy, working in the “Revers Dance Company” and performing in Rome, Pesaro and New York.

In 2009 she moved in Madrid to join the cast of the Gran Via’s musical “40 el Musical”. Since 2008 she has taught Modern, Urban and Contemporary dance in different schools and studios in Rome, Madrid, and Berlin.

Since 2014 she has lived in Berlin where she is a founding member and performer in Chaim Gebber-Open Scene company. She works since than in Chaim Gebber’s creations: The Green Village, Body Play, 20×20, For One’s Sake, Exploring Visuals, Soft Beasts, EMERGENCIA, Absinth, M.O.S.T. in Germany, China, South Korea, Italy, Austria, Morocco and Brazil.

In 2018 she premiered her solo “Resilienz” which was performed at Acker Stadt Palast Berlin, Haraka Dance Festival Tangier and Insitut Français de Fez, Morocco. She works as well as guest dancer and performer in Theater’s productions such as Cabaret at Theater Augsburg (2016) and Golem in RambaZamba Theater Berlin (2021).

Since 2015 Roberta has taught the Conscious Body System in classes and workshops in Germany, China, Morocco, Italy and Brazil.